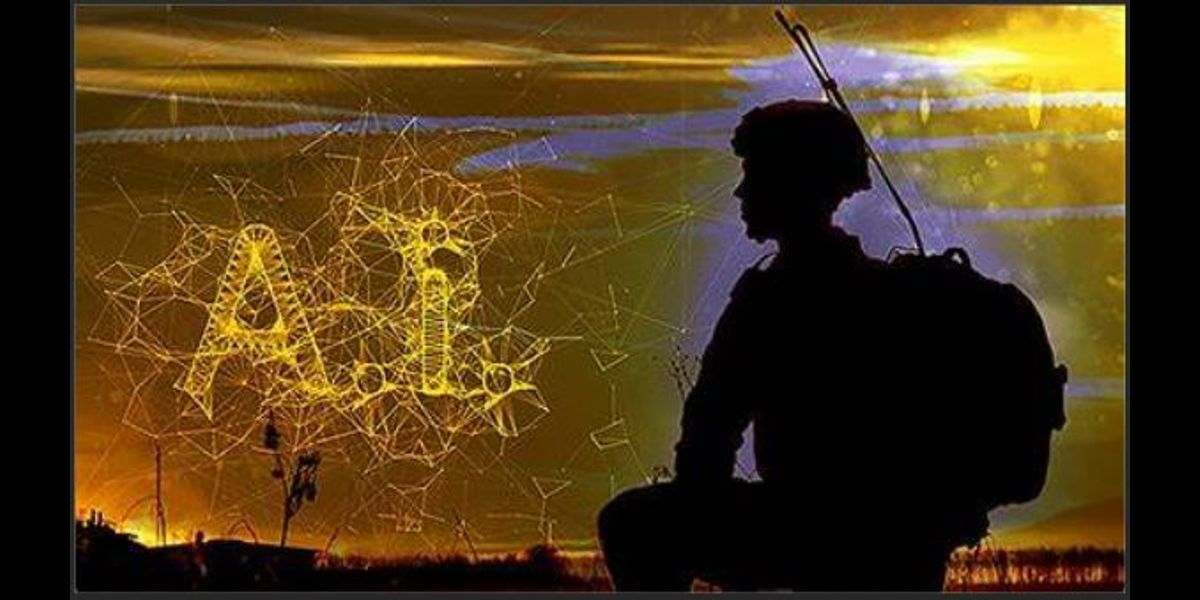 Artificial intelligence (AI) has proven to be a revolutionary experiment in many areas of the contemporary world. AI is attracting the attention of defense professionals, policy makers, entrepreneurs and multinational corporations around the world. AI pioneer John McCarthy defines it as “the science and engineering of making intelligent machines, brilliant computer programs”. AI capability generally refers to the ability of machines to surpass human actions in terms of intelligence, judgment, autonomy, and knowledge discovery.

AI has the potential to develop self-learning based software applications that replicate qualities of the human mind, resembling decision making, problem solving, reasoning, planning, etc. However, Stephen Hawking, a renowned scientist, viewed AI as both destructive and constructive for human beings. Similar views are also emphasized by AI technology experts, developers and practitioners.

AI technology can impact changing security paradigms and can create various national and international security challenges. For example, AI could improve the range and pace of military actions and make autonomous operations possible. However, he can be unpredictable or vulnerable to eccentric forms of manipulation. Therefore, scholars have different views regarding the influential role of AI in future warfare and special operations. Very few academics believe that AI will have little impact on national security. On the other hand, many researchers, field experts and analysts believe that AI will have significant implications for national and global security.

In the global context, AI will play an important role in future wars; in this regard, the strategic rivals of the United States, China and Russia are investing heavily in AI technology to achieve national security objectives. In particular, the US Department of Defense is investing billions of dollars in integrating AI into its defense system. Thus, the United States, China, Russia and other states are developing AI applications for military and strategic purposes.

In this context, the Beijing administration published a strategy in July 2017 to play a leading role in AI by 2030. Within two months, President Putin publicly declares Russia’s intention to pursue AI technologies. He said whoever becomes the leader in this field (IA) will rule the world. Similarly, in January 2018, the United States National Defense Strategy identified AI as a powerful technology that will “ensure that the United States will be able to fight and win the future war.” Autonomous weapon systems made with the help of artificial intelligence have helped improve national security. In this regard, the military could engage AI in several ways, including target identification and engagement.

Artificial intelligence has already been incorporated into US military operations in Syria and Iraq. AI research is ongoing in the military sector, such as military robots, cyber operations, command and control, and intelligence gathering. Military robots will be able to do certain military operations perfectly in future wars around the world. However, the continued evolution of AI in the military will impact strategic stability by altering aspects of military supremacy regionally and globally. Integrating AI into security issues could increase a new arms race between regional and global rivals and competitors. Moreover, this integration would significantly affect the nuclear field in the near future.

Read more: An artificial intelligence co-pilot flew a US military plane for the first time

In the regional context, India is increasingly interested in the potential benefits of AI for military applications due to its hegemonic aspirations in South Asia. In this regard, India has established a laboratory, “The Center for Artificial Intelligence and Robotics (CAIR)”, under the Defense Research Development Organization (DRDO). CAIR-DRDO aims to integrate AI technology into the Indian defense system. Additionally, in 2019, Indian Army Chief Bipin Rawat emphasized the full integration of AI technology into military systems as soon as possible.

Pakistan has seen the development based on AI technology in the Indian defense sector. In this regard, to maintain strategic stability in the South Asian region, Pakistan has taken some initiatives in the field of artificial intelligence, such as the establishment of the Robotics and Machine Learning Department of the intelligence at NUST and the National Center for Artificial Intelligence (NCAI). However, the ongoing developments of AI technology in Pakistan are limited compared to Indian investments. Pakistan should increase its investments in artificial intelligence technology to ensure national security and strategic deterrence.

In summary, AI has several implications for national and global security. This could further blur the lines of war. AI-based autonomous weapons will likely cause another arms race between global and regional competitors. As a result, the state would build the inventory of AI weapons to have the strategic and operational advantage.

This would stimulate the militarization of AI regionally and globally, affecting strategic stability. Perhaps this is why analysts are pointing to the downsides posed by the renaissance of AI technology in the defense sector in the current era. AI is a rapidly growing part of technology with far-reaching implications for global and national security. Indeed, AI will change the face of warfare in the near future.

The author is Associate Director of Research at the Strategic Vision Institute (SVI). The opinions expressed by the authors do not necessarily represent the editorial policy of Global Village Space.

Artificial Intelligence – What’s in a name?