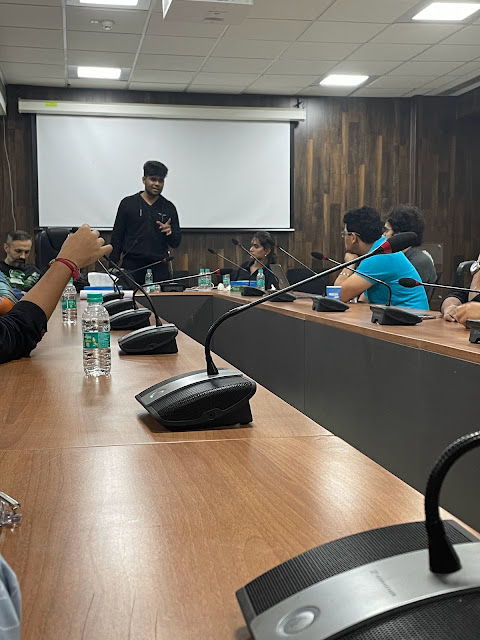 The two-day event for programmers, designers, app developers and tech-geeks; The hackathon (HackCBS 5.0) held on November 5-6, 2022 in Delhi, saw the first-ever hyper-collaboration activity, “Spaceship”, hosted by title sponsor and blockchain startup, Permissionless. Spaceship turned out to be one of the most successful events with over 300 students attending.

The first day of HackCBS 5.0 kicked off with Permissionless Workshop Founder Roshan Vadassery, where he shared his entrepreneurial journey, and then explained SPACESHIP to attendees. Speaking of Spaceship, it was a 100-minute hyper-collaborative activity where teams had to create a product prototype. Of the 5 teams, Infernos, which created an augmented reality-integrated fitness app, won the competition.

HackCBS 5.0 was a non-stop 24 hour hackathon with all the teams sticking around and developing their ideas into products. Over 750 students participated in one of the biggest events for tech-savvy young minds. Roshan also mentored attendees with a quick overview while introducing them to ASYNC – a borderless work ecosystem, where anyone can create and work on tasks from anyone, anywhere, anytime and get paid, arousing public curiosity.

Roshan Vadassery – Founder of Permissionless expressed his delight at the positive response from attendees to his unique event, Spaceship and said, “We at Permissionless were very excited for HackCBS 5.0, especially SPACESHIP. The masterclass where I interacted with the audience made me feel that there is huge potential among today’s young people to help the evolution of the technology industry. We always believe in giving people the chance to prove themselves and through SPACESHIP we are happy to accelerate such power in young minds.

Launched in July 2022 by 24-year-old philanthropist and investor Roshan Vadassery, Permissionless is one of the latest entrants to India’s blockchain and startup ecosystem. He has been actively involved in building and promoting open source software infrastructure leveraging blockchain and artificial intelligence. They have become a sensation across the country for their sci-fi branding attracting some of the best Gen Z and Millennial talent working for them.

Lender relies on data science and AI for customers