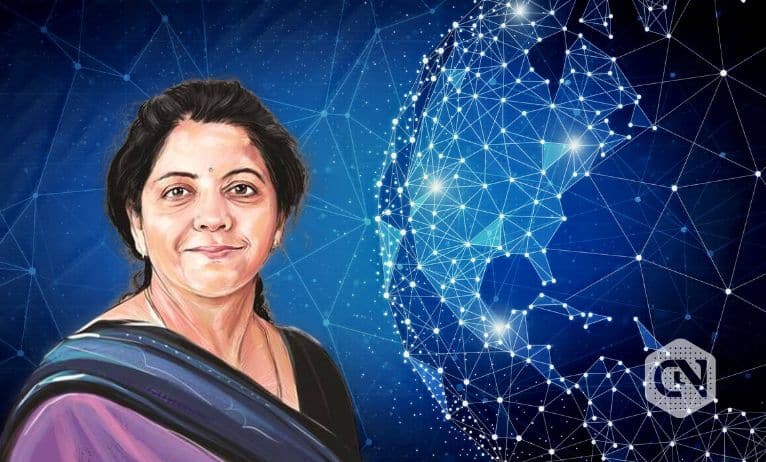 Blockchain usage is set to increase according to Nirmala Sitharaman

Nirmala Sitharam recently appeared in the third edition of FICCI Leads, where she stated that blockchain usage is expected to increase by 46% in the coming years.

The future of finance remained the central theme of the event, with several speakers sharing their thoughts. The event kicked off with Sanjiv Mehta, the President of FICCI, welcoming Nirmala Sitharaman, the Minister of Finance and Corporate Affairs of the Union.

Given that the future of finance is digital, there will be a central discussion on how the climate impact can be controlled with the advancement of a new era.

A rise in blockchain technology could pave the way for greater cryptocurrency adoption, with more details expected. If the talks are in favor of the crypto community, we can expect a big wave to come to India according to the latest crypto news.

Dr. Ruth P. Goodwin-Groen, CEO and Founder of Better Than Cash Alliance, shares the same belief that there is a huge opportunity in India to create a future that works for everyone.

Markets in India have wide adoption and positive growth provided there is a strong customer response to the offering.

Technology was the sole center of attention during the third edition of FICCI Leads. Mr Richard Abel, Macquarie Group Managing Director for UK Climate Investment, got a head start saying that the future of finance will very much depend on the importance given to diversity, inclusion and gender equity.

Moreover, global collaboration will form the backbone of all financial developments, believes Mrs. Naina Lal Kiwai, former President of FICCI. She underlined that the future of finance could only be built if a global partnership was envisaged.

The big picture, as portrayed by Snajic Mehta, is that there is a need to advocate for the realignment of credit lines as well as the promotion of greater momentum on sustainable financial instruments.

A specific reason for the rise in the use of blockchain technology has yet to be cited by an analyst.

India previously imposed a 30% tax on all revenue generated from cryptocurrency. The rule was implemented on April 1, followed by the imposition of TDS at 1% for transactions exceeding the value of ₹10,000/-, or approximately $125 from July 1.

The School of Data and Social Sciences is gaining momentum