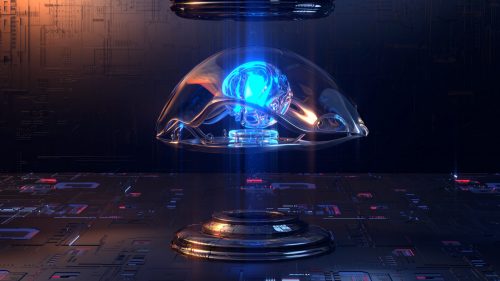 Written for Daily Hive by Wade Paterson, co-host of Show me the crypto: a weekly YouTube interview series and a podcast featuring some of the smartest and most influential people in the blockchain space.

In the not-too-distant future, a Bored Ape NFT (non-fungible token) will be able to perform tasks in the metaverse, earning its owner passive income while they sleep.

And it’s not just Bored Apes that will have this ability. Thanks to Alethea AI – a company focused on building an intelligent, open metaverse inhabited by smart, interactive NFTs – many NFT collections will be brought to life through artificial intelligence.

Arif Khan, CEO and co-founder of Alethea AI, says this is all possible thanks to Alethea AI’s “Personality Pods”, which can be trained and staked to get smarter over time.

“Personality modules are the soul of the character. That soul can be (fused with) a body, and that NFT body can be any NFT in the world,” Arif explains.

The first example of this came in the form of Alice: an iNFT (intelligent NFT) created by Alethea AI and artist Robert Alice, which auctioned for nearly $500,000 at Sotheby’s in June 2021.

“She was trained on the work of Lewis Caroll, the author of Alice in Wonderland. . . but we also did something cheeky: we put Satoshi’s whitepaper in Alice’s dataset so she could reference the Bitcoin whitepaper, because she’s the first iNFT.

It sparked an interesting conversation when Alice’s skills were on display ahead of Sotheby’s auction. An individual asked Alice where she was; she responded by saying, “I’m in the metaverse.” When someone else asked Alice to describe the Metaverse, iNFT chose an answer that referenced both Alice in Wonderland and the Bitcoin whitepaper saying she was in “a hole decentralized crypto bunny”.

While most don’t have half a million dollars to shell out for a talking NFT, a level 2 Alethea AI personality pod – which, when fused with another NFT, can provide AI services which require little or no cognitive load, such as text recitation – can currently be purchased on OpenSea for less than 0.5 ETH (approximately CAD $1,500 at the time of writing).

Although Level 2 personality pods are unlikely to be immediately profitable for owners, the Alethea AI website allows owners to train and potentially upgrade their pods. For those progressing to a Tier 4 pod (currently the rarest and most advanced personality pod in the Alethea AI ecosystem), the iNFT may be able to leverage powerful algorithms to create art , generative music or poetry.

In theory, an iNFT could generate its own collection of NFTs, which the owner could sell and profit from.

A level 5 personality pod takes it to the next level by giving an NFT the power to perform services and functions within the metaverse and be rewarded for those actions. One example Arif points to is how Alethea AI uses an iNFT from its Revenants collection to welcome new community members to Discord by sending them a personalized video message when they join the server. For its efforts, the iNFT – or, more accurately, the owner of the iNFT – receives tokens/crypto as compensation.

While Alethea AI fully intends to see personality pods reach levels as high as 10 in the future, Arif says it’s hard to speculate what these iNFTs will be capable of due to the breakneck speed. and advances in AI and machine learning.

“A level 10 iNFT can be at the same level as a human; that’s where the evolution of it all goes, I guess.

Artificial Intelligence Trends to Watch in 2023 and Beyond