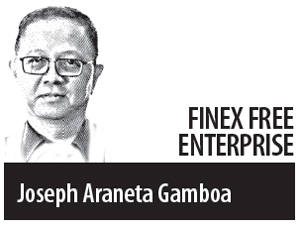 Convergence of AI and blockchain in the metaverse

A digital reality that combines aspects of social media, online gaming, augmented reality, cryptocurrencies and virtual reality, this is how Investopedia defines the â€œmetaverseâ€. Forbes magazine calls it the mirror world of alternate digital realities where people work, play and socialize.

Welcome to the metaverse, a shared collective virtual space created by the convergence of a virtually enhanced physical reality and a physically persistent virtual space. The term is used to describe Web 3.0, a new internet age that will fundamentally change the way we interact in the digital world.

In the Philippines, a group of forward-thinking Millennials recently formed the MetaDhana Consortium led by CEO Mikhail Jon A. PeÃ±alosa. MetaDhana is at the forefront of the metaverse ecosystem focusing on the democratization of artificial intelligence (AI), blockchain technology, and game development for Filipino creators.

PeÃ±alosa said the key to creating a true metaverse is an independent and sustainable environment that can open up new paradigms in finance, productivity and storytelling through the combination of AI and blockchain.

To further this concept, MetaDhana has entered into a joint venture with Ranida Games, the games division of Ranida Studios Inc., which is a game development studio based in the Philippines. Ranida has millions of active players worldwide and is expected to release the MetaDhana Winning Games.

The consortium has also partnered with top comic book publishers, creators and artists from the Philippines, United Arab Emirates, and the United States. The most notable of these is Noir Caesar Entertainment LLC, owned by American basketball player Johnny O’Bryant III of reigning NBA champion Milwaukee Bucks.

With an existing team of over 20 artists, MetaDhana will create a series of symbolic non-fungible art drops in partnership with several local writers. Production-level artistic NFTs will have utilities such as games, comics, and access to cartoons produced through NFT sales. The first AI-powered NFT metaverse is â€œThe Metazoan Chronicles: Order of the Felixâ€ featuring a man-made world, culture, lore, and art that the consortium is launching this month.

Other MetaDhana projects using Microsoft Azure and OpenAI platforms slated to launch in the first half of 2022 include a winning fighting game using the consortium’s proprietary engine and the MetaDhana Token, a metaverse ecosystem combining blockchain and AI technologies. .

Additionally, the consortium maintains working relationships with Philippine talent agencies that have a combined pool of over 200 influencers. Dexter Paglinawan, one of the leading affiliate marketers and influencer of the NFT game with 60,000 subscribers on YouTube, leads the marketing team at MetaDhana.

Through its own digital marketing agency, MetaDhana Studio has access to owned and rented social media assets, such as Facebook pages and groups, as well as Tiktok accounts that total over 50 million subscribers.

With members of its all-Filipino team with proven track records and expertise in various industries, PeÃ±alosa envisions the consortium as a launching pad for creators to engage audiences and monetize their work. He revealed that their ultimate goal is to create a space where game developers, eBook readers, and even gamers will win, all empowered by this business called MetaDhana.

Joseph Gamboa is the Co-Chair of the Finex Annual Conferences for 2020-2021, the Chair of the Finex Business Columns Subcommittee, and the Director of Noble Asia Industrial Corp. The opinions expressed here do not necessarily reflect the views of these institutions and of the Business mirror.