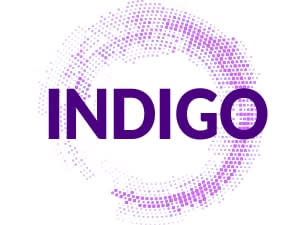 With low compute costs and unlimited horizontal scalability, the protocol is the first globally compliant operating system designed specifically for the metaverse.

SHERIDAN, Wyoming, April 27, 2022–(BUSINESS WIRE)–INDIGO chain is a generational leap in blockchain technology that enables businesses and enterprises to operationalize on-chain metaverses in a way that complies with global data privacy laws, with unprecedented security, groundbreaking speed, scalability, and transactions at very low cost. Ultimately, INDIGO is designed to power the next generation of legal and compliant metaverses and emerging verticals such as NFTs, blockchain gaming, and DeFi. After four years of stealth development and a successful pre-seed cycle, INDIGO has just announced its Gen2 Beta Testnet and market launch, as it invites businesses and brands to build the future of decentralized experiences at summit of INDIGO. revolutionary technology. All of INDIGO’s features have been “live” since its first Testnet beta, in stealth mode, went live in 2020.

A product of PRTX Laboratories, INDIGO is the first chain to remove the tension between data privacy law and blockchain immutability, also known as the “Blockchain Paradox”. Thanks to its Single Transaction Block architecture, INDIGO is the only one that can compliantly remove private personal information (PPI) without compromising the immutability of the chain. It achieves this in part by storing each user’s data, along with their PPI, in separate unique transaction blocks, on a separate mini dedicated blockchain (MIDC) for each individual user. INDIGO’s data privacy is overseen by long-time champion of data privacy rights, attorney Dan Shefet, who is also a member of the INDIGO Board.

INDIGO organizes these MIDCs into a new proprietary multi-chain lattice structure – a Chain Arrayed Data Store (CADS). This CADS is complemented by a Proof-of-Liveness (PoL) biometric identity and access lock, which provides watertight security to the INDIGO ecosystem and its participants. The agentless PoL architecture eliminates all usernames and passwords and instead uses biometrics with artificial intelligence that dynamically updates the PoL after each use.

“Currently, Web3 platforms, metaverses and NFT marketplaces need PPI to power transactions and generate revenue,” said Jim Preissler, INDIGO Board Member and CEO of PRTX. “For INDIGO to become the operating system for the metaverse, we first needed to create a solution that allowed PUPs to be collected and used on-chain while adhering to global data privacy laws. Our groundbreaking technology enables INDIGO Unparalleled transaction speed of 377,000 TPS, with sub-100ms latency, and transaction costs of less than a millionth of a penny. INDIGO is uniquely positioned to cultivate not only metaverses, but also platforms requiring a highly scalable, cost-effective, and secure layer-1 blockchain solution. With INDIGO, you, your individual biometric data, are literally the “key” to accessing the ecosystem.”

From user onboarding to data retention, use, export and erasure, INDIGO is an agentless, trustless and globally compliant platform. Developers, enterprise users and individuals can rest assured that regardless of their geographic location, with INDIGO they are always operating legally and securely.

Ranging from crypto-curious and legacy Web2 brands seeking to stake their claim in the metaverse to existing Web3 projects seeking a more efficient blockchain, participating companies will have access to a revolutionary and “green” consensus blockchain structure, not reliant on mining or staking via INDIGO’s proprietary Proof of Transaction (PoTX) consensus. On INDIGO, they will also be able to uniquely emulate traditional database-like functionality without database vulnerabilities. Low transaction costs and latency are some of the added benefits of INDIGO, along with others including secure bridgeless cross-chain liquidity transfers and, in Q4 2022, positive control functionality for the native $NDGO token.

The market launch of INDIGO represents a huge generational leap forward in cultivating the leading, globally compliant operating system for emerging blockchain-based verticals. To learn more about the launch of INDIGO and its future roadmap, visit indigochain.io.

About INDIGO Channel
INDIGO chain is a proprietary blockchain that allows companies and businesses to operationalize the chain in a legal way that complies with global data privacy laws. Built by a group of diverse and civic data scientists, system architects, developers, blockchain engineers, crypto researchers, and data security specialists, INDIGO is designed to combat the tension between the law on data privacy and blockchain immutability. To learn more about INDIGO, visit indigochain.io.

Use artificial intelligence to strengthen the protection of your digital assets