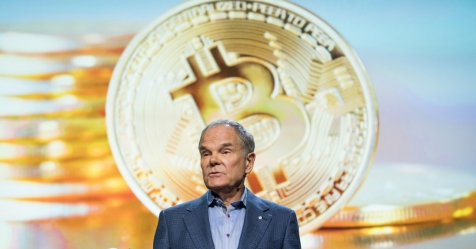 [Herald Interview] “Korea can be Silicon Valley for blockchain” 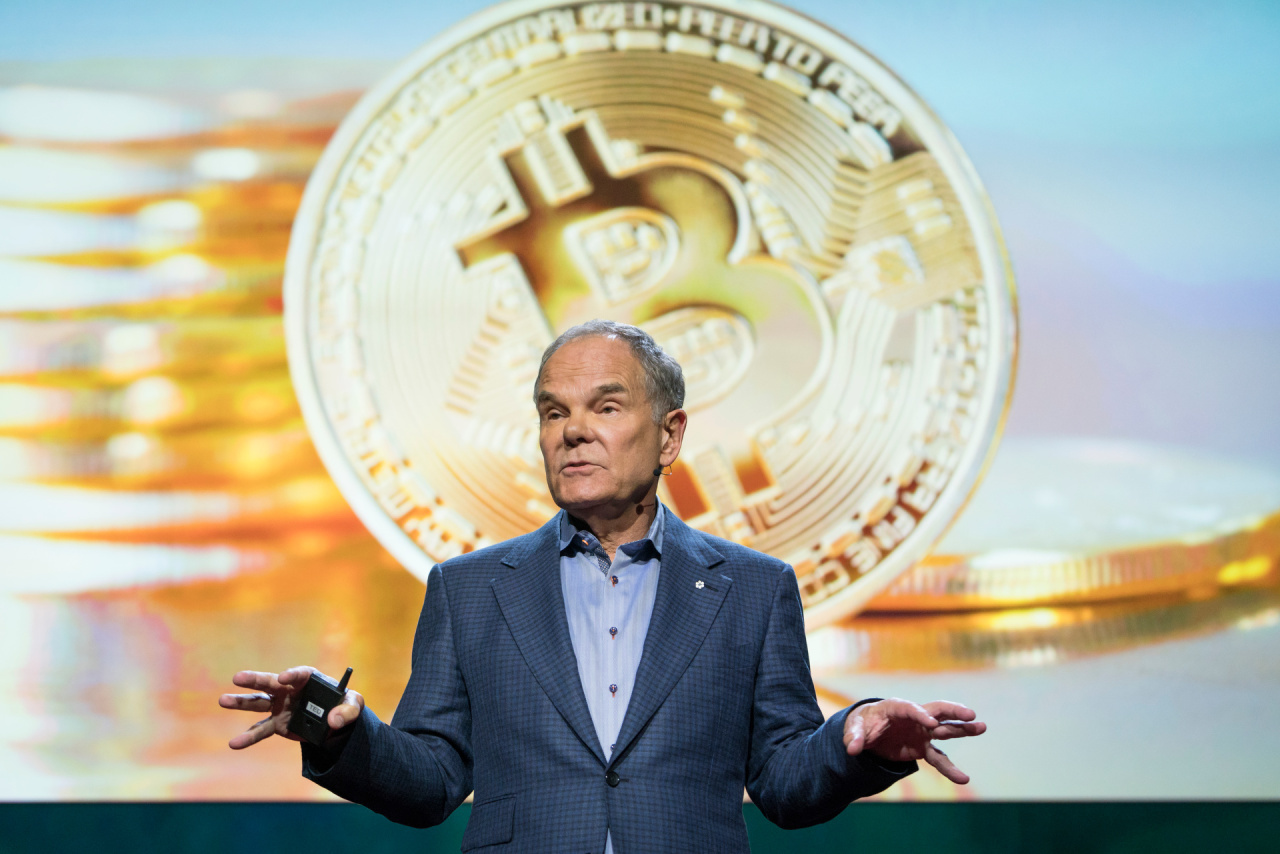 As South Korea looks ahead to the next five years under the new Yoon Suk-yeol administration, Asia’s fourth-largest economy finds itself at a critical juncture with the inevitable advent of the second era of the technology-driven digital age. blockchain.

Don Tapscott, a leading blockchain thinker, said in an interview with the Korea Herald that he believes Korea can be the next Silicon Valley if the country has the right national blockchain strategy and the right regulatory environment.

“You have a very educated population. You have excellent computer skills. It’s not quite there yet, but it could be. You have a wonderful entrepreneurial spirit happening right now. You have huge, massive corporations that are very strong in technology and are starting to look at this technology,” he said.

“Do you think Korea did well in the first era of the digital age? Korea could be infinitely more successful in the second era if you can find the leadership to do so, and it’s very exciting that you have a new president.

President Yoon, who took office on May 10, plans to build a digital platform government that requires full integration of high technologies, including artificial intelligence, big data and blockchain to simplify all public services. The new president has pledged to give digital assets some breathing space. They include increasing the digital asset profit tax deduction from 2.5 million won ($1,900) to 50 million won and allowing initial coin offerings. He also promised a fundamental law on digital assets and fostering the market for digital assets.

Tapscott, however, suggested looking at the bigger picture, saying blockchain technology could alter the government’s ability to collect and manage taxes, and perhaps revolutionize “the nature of democracy.” .

Given the transparent nature of the blockchain, which has a mechanism that makes it nearly impossible to manipulate the system, Tapscott said the technology enables secure electronic voting and allows people to vote not for politicians, but for their campaign promises.

In the case of blockchain-based electronic voting, this would make politicians more accountable, as their pledges would be stored in data on the voters’ blockchain network for simple access that cannot be tampered with.

If payroll is on a blockchain, its smart contract will automatically calculate the tax and send it to the government, he explained. In doing so, it eliminates payroll tax fraud and transforms the way government works.

“You have a crisis like a pandemic. You must give money to everyone in the population. You drop it by helicopter on their mobile devices.

The expert also recommended that the Yoon administration set up a task force to create a digital fiat currency – the digital won.

“China is doing this. Its central bank digital currency is being rolled out across Southeast Asia, Africa as part of the One Belt, One Road initiative. If this continues at the current rate, its digital currency called DCEP (Digital Currency Electronic Payment) will replace the US dollar as the currency of record,” he said.

According to Tapscott, the digital won would enable transparency as the blockchain functions as a shared digital ledger that facilitates the process of recording transactions. Therefore, the data is securely stored in a common network.

While stressing the importance of having a digital fiat currency for Korea, Tapscott dismissed Twitter co-founder Jack Dorsey’s idea that bitcoin would eventually replace the US dollar. Fiat currencies are backed by state power, and powerful state authorities — such as controlling variables in the economy — will remain for the foreseeable future, he said.

Noting the case of China, which is building multiple hubs dedicated to advancing the blockchain ecosystem with billions of dollars, he advised the Korean government to build a blockchain hub by investing in blockchain innovation with the private sector.

He said that blockchain has applications in all sectors and is capable of transforming companies such as Samsung, Hyundai or LG as well as financial companies like KB Financial Group by revolutionizing the way supply chains and services work. 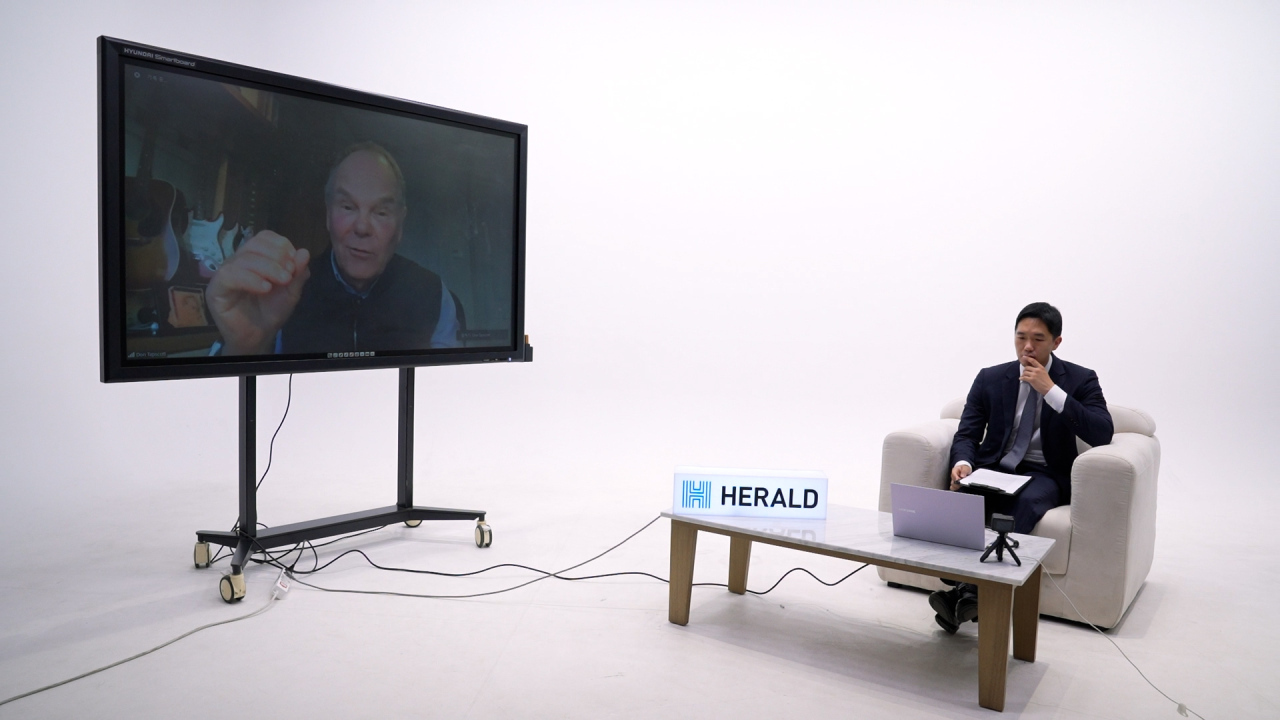 Regarding the market frenzy around cryptocurrencies and the lingering questions about their extreme volatility, Tapscott said, “It’s a bubble in the sense that it’s going down right now, just like the stock market… It kind of looks like the stock market. You know crypto is an asset class, at least in North America.

The tech guru, however, warned crypto investors who dream of getting rich quick by investing in everything they have.

“Of course you have to be careful. Of course it will be very volatile,” he said.

“Nobody reading this or listening to this should, if they’re, you know, a very poor person, take their hard-earned savings and keep putting it all in crypto,” he said. “But there are a lot of misconceptions around this as an investment opportunity.”

Regarding the recent metaverse rush, the expert said that blockchain technology is what allows people to have real currency in the virtual world.

“The Metaverse was a pending idea. It was an idea whose time had not come. And he was waiting for blockchain because with blockchain in a virtual world, you can now have real money. You can have NFTs that represent digital assets like a car, artwork, or farm, whatever.

He added that if the metaverse is done well, it can let the people who generate the data own it and allow it to teach us a lot about creating a sovereign identity in the physical world. But he cautioned against the development of a metaverse monopoly.

” There are many problems. Will it be a very hierarchical environment? Will it be sexist? Will Facebook run it? In North America and the western world, if Facebook runs the metaverse, it’s a very scary idea. We need a decentralized metaverse where people can own their own data.

Born in 1947, Don Tapscott founded the Blockchain Research Institute, a global think tank funded by a consortium of international corporations and government agencies, and is now the institute’s executive chairman. He and his son Alex co-authored the international bestseller “Blockchain Revolution: How the Technology Behind Bitcoin and Other Cryptocurrencies is Changing the World” in 2016, which has been translated into 20 languages.

Tapscott has written, lectured and advised on the rise of technology and its impact on communications and commerce for over 30 years. From 2013 to 2019, he served as Chancellor of Trent University in Canada. He has written 17 published books and sold over 5 million copies to date. His TED Talk, titled “How Blockchain is Changing Money and Business,” is the most-watched blockchain video in the world, with over 7 million views. He is also the keyboardist, harpist and vocalist of the six-man band Men in Suits, a group of Toronto-based business executives.

This interview was conducted on April 28, before President Yoon was sworn in. To watch the video and read the full script, visit the Korea Herald website. –Ed