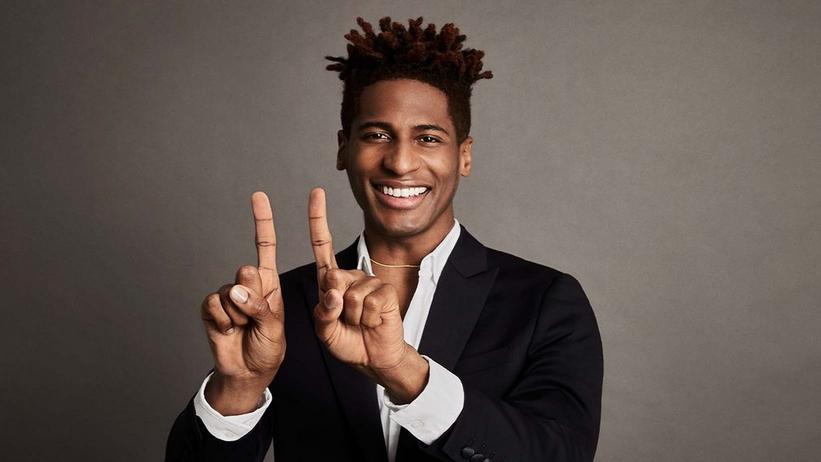 “We are thrilled to be working alongside these industry-leading brands for the 64th Annual GRAMMY Awards,” said Adam Roth, Senior Vice President of Partnerships and Business Development at The Recording Academy. “Music’s Biggest Night would not be possible without each of our partners. With their participation, we are able to celebrate the music community and its creators in a new and exciting way that has never been done before. We hope that Fans watching in person and at home can join in the celebration as we know it will be an evening to remember.”

Read: Where, what channel and how to watch the 2022 GRAMMY Awards show

IBM, the GRAMMYs’ Official Cloud and Artificial Intelligence (AI) Partner, is transforming the GRAMMY Live Pre-Show and grammy.com with “GRAMMY Insights with IBM Watson”. The AI-powered solution analyzes over 20 million nominee stories, generating surprising and engaging insights about your favorite artists. Information is shared in real time as nominees walk the red carpet and is streamed to artist profile pages on grammy.com, bringing music fans closer to the artists they love.

GRAY GOOSE Vodka, our official spirits partner, has developed a brand new signature cocktail for this year’s GRAMMYs, the GRAY GOOSE Passion Drop. This specialty cocktail, which is a remix of GRAY GOOSE martini par excellence, will be featured at all of our signature GRAMMY week events and digitally showcased on our GRAY GOOSE Hub at GRAMMY.com, a curated destination for themed invitations, GRAY GOOSE cocktail recipes and party ideas. GRAY GOOSE has also teamed up with three of today’s most popular artists (JoJo, Lucky Daye and Tinashe) for a limited digital series, GRAY GOOSE x GRAMMYs: Monday Mix, which premiered March 14 and will airs every Monday before the GRAMMY Awards air. During GRAMMY Week, GRAY GOOSE will also highlight its new line of real fruit and botanical infused vodkas, GRAY GOOSE ESSENCES, at the GRAY GOOSE ESSENCES x GRAMMYs: Sound Sessions with Tinashe.

hiltonthe Official Hotel Partner, is a longtime partner and host venue for the inaugural Recording Academy Honors presented by the Black Music Collective.

SiriusXM, the official American radio partner, brings back The GRAMMY Channel for its second year. The limited-air channel will feature a variety of music from this year’s nominees across all 30 GRAMMY Awards fields, all leading up to the live broadcast of Music’s Biggest Night. The GRAMMY channel will only run for a limited time from March 23 through April 6 on channel 105.

PEOPLE, the magazine’s official partner, will be broadcasting from the GRAMMYs with a live pre-show. Hosted by Jeremy Parsons and Janine Rubenstein, Red Carpet Live: 64th Annual Grammy Awards will feature interviews with the world’s biggest artists and nominees. PEOPLE & Entertainment Weekly Red Carpet Live will air at 6:30 p.m. ET on people.com, ew.com and their social platforms.

FIJI Water, the official water partner, will be on the GRAMMY red carpet to hydrate attendees, executives and talent as they stop for photos and media interviews. FIJI Water will also be the official water brand at GRAMMY week events leading up to Music’s Biggest Night, ensuring everyone has the chance to enjoy the best water on Earth.

Frontera WinesOfficial Wine Partner of the GRAMMY Awards, 12and the most powerful wine brand in the world and the #1 Chilean wine brand in the United States, will be pouring into select events. The Recording Academy will work exclusively with Frontera to highlight specific Frontera varietals and amplify the partnership through social posts across all channels.

The Recording Academy will present the 2022 GRAMMYs on Sunday, April 3, live from the MGM Grand Garden Arena in Las Vegas, on CBS television network and streaming live and on demand on Paramount+ 8-11:30 p.m. ET / 5-8:30 p.m. PT. Prior to the broadcast, the GRAMMY Awards premiere ceremony will be streamed live on live.grammy.com and The Recording Academy YouTube channel. Additional details on dates and locations for other official GRAMMY Week events can be found here. Learn more about How to watch the 2022 GRAMMYs Awards show and get excited about the full list of 2022 GRAMMYs nominations. For more GRAMMYs coverage, updates, and the latest news, please visit The Recording Academy’s social media channels on Facebook, instagram, ICT Tac, and Twitter.