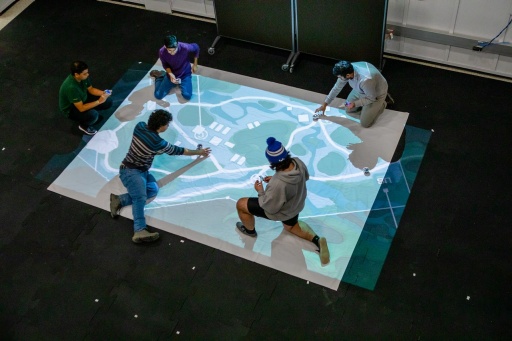 Its goal is to help UB develop its research and teaching expertise in AI and data science, which are at the forefront of innovation in key sectors for the future economy and security of states. -United.

Now, the institute has launched a series of conferences designed to bring the most challenging leaders in the fields to UB.

“Artificial intelligence and data science offer hope for solving the world’s most pressing problems, such as climate change and the development of new treatments for diseases. It is therefore fitting that UB provides a forum for some of the most accomplished scholars in these fields to discuss how their innovative work can reshape the world,” says Venu Govindaraju, Vice President of Research and Economic Development at the UB.

Alex Pentland, Toshiba Professor of Media Arts and Sciences at the Massachusetts Institute of Technology, will deliver a talk titled “Building a New Economy: Data as Capital” via videoconference. Participants can attend either in person at the Students’ Union Room 330 or via Zoom. For more information, visit the IAD event webpage.

Excerpt from Pentland’s MIT Biography: “Professor Alex ‘Sandy’ Pentland directs MIT Connection Science, an MIT-wide initiative, and previously helped found and lead the MIT Media Lab and Media Lab Asia in India. He is one of the most cited computer scientists in the world, and Forbes declared him one of the “7 Most Powerful Data Scientists in the World” along with Google Founders and CTO USA.

The series aims to bring a new speaker to UB on the third Tuesday of the month, virtually or in person. The lectures are free and open to the public. Participants must register.

“We want to bring the brightest minds in artificial intelligence and data science to UB,” say series co-hosts David Doermann and Nalini Ratha. “Events like this spark ideas and foster connections that help change the world.”

Other speakers include Milind Tambe, Professor of Computing Gordon McKay
Harvard University Center. He will give a talk entitled “IA for Social Impact: Results from deployments for public health and conservation” at 3 p.m. on April 19 in room 330 of the Student Union.

Also included is Yann LeCun, Silver Professor of the Courant Institute of Mathematical Sciences at New York University. LeCun, who is also vice president and chief AI scientist at Meta, will give a virtual talk at 2:30 p.m. on May 17. For more details, visit the Institute for Artificial Intelligence and Data Science website.