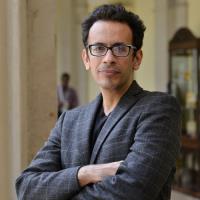 Fantom is a blockchain network where transactions are finalized in a second and cost a fraction of a penny. Its primary use cases include payments, digital identity, and medical records.

Fantom uses a leaderless Proof-of-Stake consensus mechanism called Lachesis. The Lachesis consensus can be connected to any blockchain and also powers Fantom’s Opera mainnet which is compatible with Ethereum.

Here are some of the things I love about Fantom:

2. Fantom has a modular architecture which makes it highly customizable. Ethereum-based dApps can easily be ported to the Fantom Opera mainnet.

3. In Fantom, each application has its own blockchain, and its performance and stability are not affected by traffic or congestion. In many blockchains, including Ethereum, all dApps use the same infrastructure. This reduces scalability.

4. Each blockchain on Fantom can have its own custom tokens, tokenomics, and governance rules. As all these blockchains use Lachesis, they can interact with each other.

Fantom’s native token is FTM, which can be staked. Delegated FTM gives investors sFTM, a synthetic asset that can be used in the Fantom ecosystem.

Although anyone can run validation nodes on Fantom, it comes at a huge cost – you need to stake at least 1 million FTM.
That’s what I hate about Fantom.