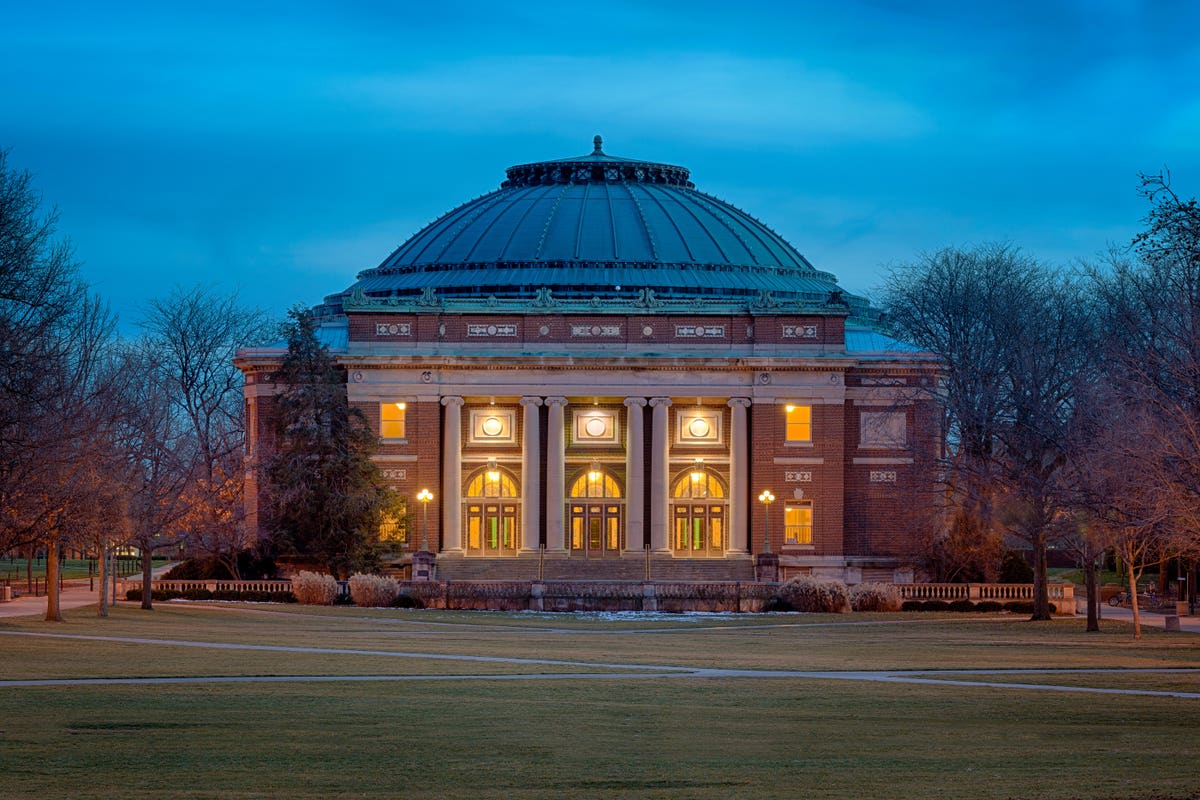 Each of the five institutes will be centered on a main university which will coordinate surveys in several collaborating institutions.

The Harnessing the Data Revolution institutes represent one of the 10 â€œBig Ideasâ€ from the NSF in 2016 because it identified key areas for future investments at the frontiers of science and engineering. This is the latest example of the agency investing large sums in this research program.

“These new institutes will be at the forefront of innovation in data science,” said Manish Parashar, office director for NSF’s Office of Advanced Cyberinfrastructure. â€œThey position our country at the forefront of global science and engineering by bringing together diverse perspectives to support convergent research. “

Here are summaries of each of the five awards, which are expected to run for four or five years and are funded at $ 13 to $ 15.5 million each.

The NSF Institute for a New Frontier of Biological Information Powered by Knowledge-Driven Machine Learning will be led by Ohio State University. The institute will establish the new field of imageomics, in which biologists use machine learning algorithms to analyze large amounts of images of living organisms collected from national centers, field stations, museums and individual laboratories.

The project will involve collaborations between researchers from the State of Ohio and co-researchers from Tulane University, Virginia Tech, Duke University and Rensselaer Polytechnic Institute. Other collaborators will come from more than 30 universities and organizations around the world.

Imageomics is expected to transform basic biomedical, agricultural and biological sciences, as it allows scientists to better understand how genetically controlled traits interact with the environment. These findings are in turn expected to strengthen the country’s bioeconomy and broaden public understanding of the rules and evolution of life on Earth.

Led by the University of Washington, the NSF Institute for Accelerated AI Algorithms for Data-Driven Discovery will be designed to advance knowledge essential to new applications of artificial intelligence in three scientific fields: physics, astrophysics and neuroscience.

The institute will develop artificial intelligence (AI) solutions to process large data sets in real time. The ultimate goal is to facilitate real-time applications of AI in any field of science, helping scientists make sense of what some have called a â€œdata delugeâ€.

The NSF Institute to Harness Data and the Model Revolution in Polar Regions will be led by the University of Maryland, Baltimore County (UMBC). It will serve as a research center where experts in fields such as data science, Arctic and Antarctic science, and cyberinfrastructure will work together to study climate change and the rapidly changing Arctic. In addition to UMBC faculty, the institute will feature researchers from a number of other universities, as well as researchers from government and industry.

The institute’s work aims to give us a better understanding of how climate change is causing the loss of polar ice caps, resulting in impacts such as sea level rise and coastal flooding. Due to the fundamental nature of the data science problems that this institute will explore, it is hoped that it can identify solutions that can be transposed into other disciplines, including remote sensing, medicine and autonomous driving.

The NSF Institute for Dynamic Data-Driven Design will be led by the Colorado School of Mines. He will focus on the application of artificial intelligence to materials science with an emphasis on the prediction of processes such as ionic and molecular transport, catalytic pathways and the transformation of metamaterials.

The institute’s findings in data science will have implications in several scientific fields, including molecular biology, atmospheric sciences, geophysics, robotics and cosmology. It should also lead to discoveries with implications for the development of cyber infrastructure.

Another goal of this institute is to create a more solid educational path in big data and STEM careers through outreach activities to high school coding schools, data-rich undergraduate research training and curriculum. post-baccalaureate gateway that introduces students to data science and motivates them to pursue higher education. Data scientists, engineers, physicists, chemists and materials scientists from 11 other institutions across the United States will be involved in the project.

Led by the University of Illinois Urbana- Champaign, the NSF Institute for Geospatial Understanding Through an Integrative Discovery Environment will be a multidisciplinary effort using geospatial data to learn more about the interconnections between socio-economic and environmental systems. The institute will develop tools that increase the ability to estimate and predict risks and anticipate the impacts of disasters or climate change.

The institute’s partners from academia, government and industry will focus on real-world issues such as water security, biodiversity and food security. Around 40 researchers from several institutions will be involved, representing fields such as computer science, atmospheric sciences, ecology, economics, environmental engineering, geographic sciences, hydrology, engineering industry, sociology and statistics.

You can find more information on Harnessing the Data Revolution here..

The 5 biggest trends in data science in 2022

The best artificial intelligence stocks to buy in October 2021