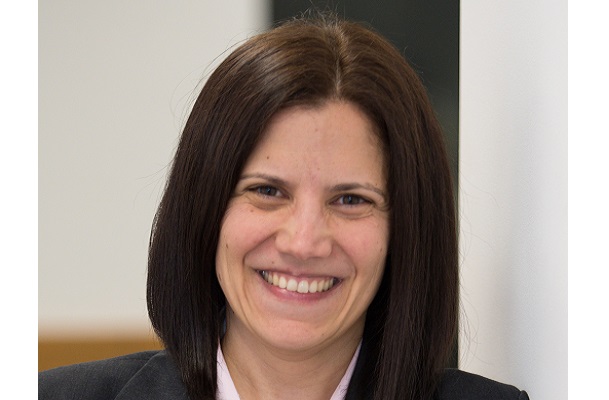 Dr. Cosmina Dorobantu finds it exciting that technology can do some things that humans struggle with, especially integrating knowledge from various sources and making sense of it.

This underpins her work as one of the co-founders – along with Professor Helen Margetts – of the public policy program at the Alan Turing Institute, the national institute for data science and artificial intelligence.

An important part of this is using the capabilities to bring these elements together to feed into policy making.

“It’s something the public sector struggles with,” she says. “It has various policy areas as we have seen during the pandemic, with epidemic models and economic models not talking to each other but operating in silos.

“That’s where the potential lies because we have the technologies and the methodologies to bring them together and create more generalized policy models in which you can see how a health intervention will affect the economy and vice versa.”

Dorobantu has worked at the institute since 2018, when she and Margetts set up the program to help organizations use data science and AI to solve long-standing policy problems and develop ethical foundations for the process.

“We wanted to create a version that was developed with public sector issues in mind, which are some of the most important issues facing humanity, and I think these technologies are well placed to help,” she says.

An important element of all this is the complex interrelationships between factors in the political realm.

“Politics as a whole is an interrelated field,” she says. “When the chancellor decides in the next where he will invest money, this investment in health could also affect other areas such as education and labor markets.

“All these elements are interdependent; there is no policy you can implement in a vacuum. Politics is an integrated whole, but we are used to doing it in silos.

“It’s a key example of what machines have to do for us. Our brain can’t do that very well.

The public policy team is funded by the Turing, which in turn receives support from sources such as UK Research and Innovation and funding calls for specific programs, and has around 50 researchers. Dorobantu says this gives the system some slack to provide a reasonably quick response to a government agency wanting to address a problem, and allows it to work on certain projects for free.

It also collaborates with academics in the UK and overseas, providing a national resource for fieldwork.

“No other country in the world has anything like this right now,” she says. “They may have centers within universities but don’t have national centers with groups of researchers dedicated to government work.”

She sees a growing appreciation of its potential for the public sector, with more organizations now having dedicated data science teams, and most eager to learn more about what that and AI is. can do for them. But there are barriers to overcome.

“Just getting the data you need for a project is still a problem area and the public sector could do a lot better. There is still a certain compartmentalization between policy areas and I would like that to be brought together.

“A lot of times you see departments working on a policy area internally. For example, if I want to build a machine learning system, there’s a tendency to look at what others have built in their department and try to adapt it to their problem. But you can often learn more by consulting another department. There are more opportunities for collaboration; these technologies can be generalized for other questions.

Asked about landmark projects since the program’s inception, Dorobantu cites ongoing work with the Department for Business, Energy and Industrial Strategy on data aggregation for a model of labor markets, and his work with Ofcom on the Online Harm Observatory, a dashboard of ideas on the subject.

She also highlights her work on policy measures to attract more women into data science, and says she is very proud of her development of guidance on the use of AI in the public sector. This was followed by his contribution to the government’s development of principles to regulate the use of AI and Turing’s lead role in the AI ​​Standards Hub pilot project.

She is also aware of the issues that still need to be addressed, citing the example of local authorities trying to use machine learning to identify children at risk while they are still struggling to understand all the ethical implications, and when the data available do not provide a full and unbiased picture.

“I’m far from convinced that we have the right data or the right tools to make the right decisions about children’s lives. I would not dare, unlike some private companies, to tell the local authorities at this stage that we could build a system for them.

“It’s not just the technology, it’s the data itself. A local authority will have data on the coins they have held in their area, but we know that minorities are overrepresented in the datasets and that a middle-class white child at risk is not as easily spotted .

“The data also doesn’t capture the right information about a child’s home environment; it’s a system for identifying risks and harms, but not the good stuff. Questions like this worry you.

But this does not limit the ambition of the program. Ongoing projects include developing tools to help government agencies harness machine learning – for which there is no timeline yet – work on the AI ​​Standards Hub with the British Standards Institute and National Physics Laboratory, and modeling on topics such as the housing market, international trade, and wealth accumulation.

All of this is underpinned by the goal of encouraging public sector bodies to share what they can and build their own capacity on the ground.

“The advantage of being a research institute is that we’re not like a consulting firm, building the same system for 20 different departments,” says Dorobantu. “My researchers want to build a system and move on. We want to tell them to learn from what others have done. We want to contribute to what will make work better for them; train them and pass them on.

5G to enable IoT devices; Cyber ​​Security Cos Rush to save them from attacks