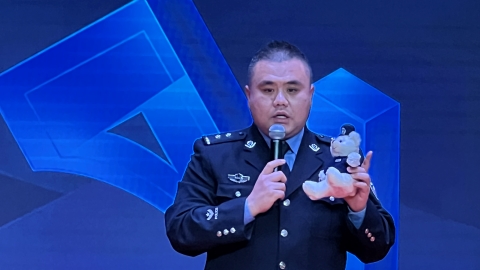 It will establish a comprehensive ecosystem in Shanghai covering five sectors – research, security certification, incubation, talent, cooperation and collaboration – according to a plan released this week by the Shanghai Economics and Information Commission.

Major companies like China Unicom, SIPG and SAIC Group which cover maritime transport, telecommunications, air transport, steel, port, energy and utilities have contributed to the development of the plan. Their involvement demonstrates the city’s commitment to cybersecurity and data security across all sectors, said Zhang Ying, vice director of the commission.

The growing incidence of digital fraud and telecommunications and cyber crimes are major challenges in China.

In Shanghai, about 63 percent of telecom fraud victims are young people born after 1990, resulting in huge economic losses for both students and college students, said Wang Tianguang, vice director of the Shanghai Communications Administration. Shanghai.

They announced a cooperation with tech giant Baidu to prevent fraud and crime using artificial intelligence (AI) technologies. For example, 600 million Baidu Input users will be automatically notified when they encounter fraud issues.