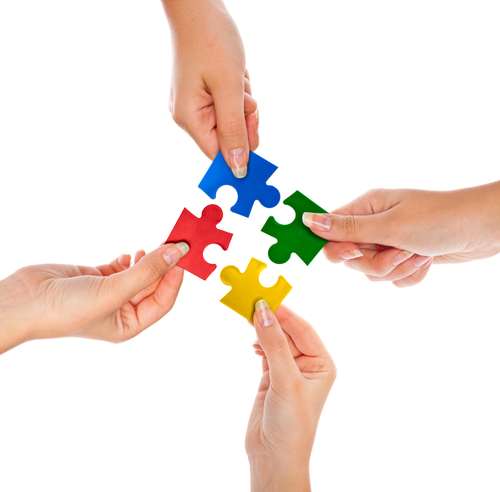 Thales is working on a proposed takeover of the cybersecurity business of IT consultancy group Atos, sources say Reutersin a potential US$3 billion (A$4.2 billion) tie-up that could test the political will to bolster France’s digital defenses.

Thales, which ranks as Europe’s largest defense electronics company, and its advisor Centerview Partners have approached several private equity firms, including Bain Capital, to explore a possible joint bid in a deal that would involve a complex split from Atos, the sources said. .

Thales would buy the big data and cybersecurity business, known as BDS, while private equity funds would swallow Atos’ remaining IT services business, the sources said on condition of anonymity.

Thales said in a statement it was not currently in talks with Atos about a possible takeover, adding that the company led by chief executive Patrice Caine was “potentially interested” in any cybersecurity assets that could be put in place. on sale.

Atos’ share price fell to its lowest level since mid-2012 after issuing two profit warnings in seven months, making it an attractive target for private equity.

Yet any sale would face major hurdles in France, where Emmanuel Macron’s administration fears such “national champions” will be sold to foreign investors ahead of April’s presidential elections.

“The French government will strongly oppose any breakup of Atos from now on,” one of the sources said.

Thales advisers have also started talks with CVC Capital Partners and PAI Partners on a possible joint bid for Atos, but the timing of such a move remains uncertain, another said.

Bain, which bought French IT services firm Inetum in January in a deal worth around $2.27 billion, would use any joint Atos takeover to expand its portfolio of tech assets. in Europe, where he also controls the Italian IT company Engineering Group.

The French finance ministry did not immediately respond to a request for comment.

Atos, with a market value of 3.5 billion euros ($3.95 billion), gave former French prime minister Edouard Philippe a seat on its board of directors in 2020 and had the European commissioner Thierry Breton as CEO for more than a decade, making him a political player – sensitive target, the sources said.

Atos, advised by Rothschild, has rebuffed previous overtures from Thales for BDS and would view any move by private equity funds to launch a public offering and delist Atos from the Paris stock exchange as hostile and undesirable, one said. sources.

BDS is valued at between €2 billion and €3 billion (A$5.5 billion) and accounts for around half of Atos’ overall revenue, the source added.

Thales and Atos recently partnered in a joint venture known as Athea to develop a sovereign big data and artificial intelligence platform for the public and private sectors, focused on Europe’s defence, intelligence and homeland security. State.

For Thales, bolstering cybersecurity operations has been on the cards since it bought Dutch data protection firm Gemalto for 4.8 billion euros (A$7.6 billion) in 2019, pledging to create a global power in digital security.

Chief executive Patrice Caine said in October that there would be opportunities for Thales to strengthen its existing portfolio in key markets after the Gemalto purchase, but that any asset should bring a “good level of growth”.

A hostile offer affecting technologies that France has called vital to its “digital sovereignty” in the face of military and civilian threats, is widely seen as unlikely.

However, a 2018 government study said consolidating the industrial base in cyber defense would be “advisable” to provide high security while ensuring the economic viability of businesses.

Thales said last month that the number of cyberattacks and ransomware episodes had “exploded” in the past 12 months, increasing by around 150% as the pandemic exposed new vulnerabilities by boosting economic activity online.

Since 2019, he said, the cost to the global economy of cybercrime has more than doubled.

The head of the company’s digital security business told investors last October that cybersecurity market expansion was “here to stay for many years to come”, averaging 10% a year in terms compounds.

Artificial intelligence: AI to help you save money by analyzing financial transactions, opportunities

Loans that help you solve your car problems