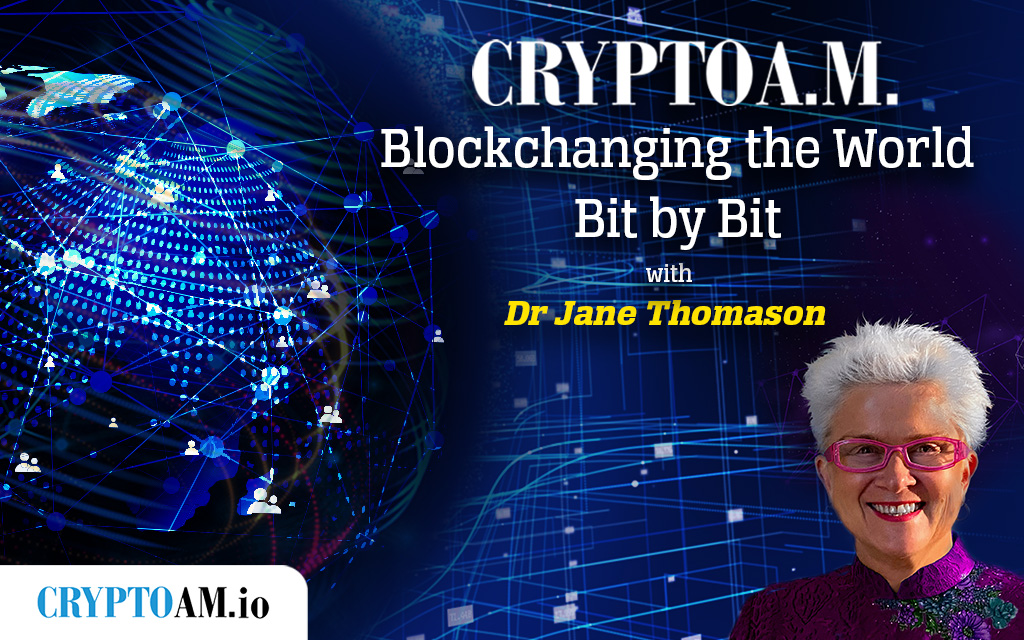 Why the Blockchain Community Needs Ethics

2020 and 2021 have been exciting years for blockchain, with fortunes being made and lost at a breathtaking rate! Certik reported that the amount of money lost in DeFi hacks more than doubled to $1.3 billion in 2021, with centralization being the most common vulnerability.

We all laughed when Chief’s name ran off with $14 million worth of Sushi Swap and coyly returned it. But was it really funny? It was someone’s money. Do we pause to reflect on the consequences of what we are doing in this growing ecosystem?

Last year, we asked the same question in Applied Ethics in a Digital World and I took up the ethical challenges of Blockchain and DeFi. Let me highlight some of these issues. The powerful mix of automation and fintech powering faster transactions and accumulating masses of consumer data raises a plethora of ethical questions and demands new approaches and frameworks to ensure ethics are built into design of these new and powerful technologies.

At the technology stack level, we need to ensure that the appropriate conditions and methods for sharing data in the blockchain meet expectations for security, privacy, efficiency, and system integrity. The key ethical question at the technology stack level is “how should data security, confidentiality and accessibility be ensured ethically, and what ethical information management strategy should be applied in the development and use of the system?

It is in applications built on blockchains that the biggest ethical questions emerge.

Cryptocurrency risks include consumer protection, money laundering, criminal abuse, volatility, and tax evasion, among others. Bitcoin has been criticized for the expensive, power-hungry, and otherwise meaningless calculations used in mining. Many are working on advances in the underlying mechanisms needed to make more ethical and sustainable cryptocurrencies.

DeFi presents an array of ethical challenges, many of which relate to consumer protection. Most DAOs raise funds, and in return, investors collect governance tokens, creating a high degree of centralization at the start of token distribution. When Protocols began using its governance tokens as “rewards” for users participating in the network, many users viewed the tokens as a yield, not a vote.

There is usually no minimum number to initiate governance, but for a system to be considered sufficiently decentralized, there must be a high minimum number of token holders. Thus, the economic incentives to provide liquidity in order to be rewarded with governance tokens, encourages competitive and speculative behavior which leads to a centralized governance structure, as tokens slowly concentrate in a few hands. Excessive centralization means conflicting parties can push through proposals, and activist investors can acquire a significant number of governance tokens to help them push through proposals that are beneficial to them.

Smart contracts raise ethical questions about self-executing code that operates autonomously and raise questions of legal jurisdiction and territoriality issues. There is no legal recognition of documents or financial instruments stored on or issued for blockchains. When a smart contract fails, under what law and in what jurisdiction can one act? the legal status of a DAO is also a gray area as no one owns the organization, who can be sued and who is suing or in case of liquidation of tangible asset belonging to the DAO, what rules should be followed?

Blockchain, like all technologies, can be misused, especially when there are risks of authoritarian states, persecution, and unintended consequences. There are risks of bad actors using digital identities, bank accounts, and cellphones that allow authorities to track people’s choices. Such control could allow authorities to increase surveillance of vulnerable or persecuted populations. An authoritarian state could use this data collected from refugees against refugees, or nations in the Global North that have no sympathy for refugee and immigrant movements, to keep refugees in neighboring countries.

Key ethical issues include the re-identification of individuals through data mining, linking, merging and reuse of large datasets, as well as risks to group privacy, when identifying types of individuals , regardless of the anonymization of each of them, can lead to serious ethical issues, from group discrimination to forms of violence targeting a group. Automation has dramatically increased processing speed, but also brought more ethical risks and the need to consider unintended consequences of automated technology. Scott (2018) raises powerful ethical questions related to automation, including what happens if there is an error or vulnerability in the code?

At the heart of ethical considerations for blockchain is consumer protection. The large amount of personal and private data stored creates a number of points of vulnerability for consumers. Sensitive and personally identifiable information for some of the world’s most vulnerable people is also generated and made accessible across all agencies, inevitably introducing an increased risk of data breaches.

Although DAOs have been widely promoted by blockchain proponents as bringing transparency and trust, there is growing evidence that DAOs are still in an experimental stage; there are also a large number of information asymmetries that can exist in a DAO and the ambitions, motivations, values ​​or priorities of the participants are not transparent.

When automatically enforceable contracts such as those underlying the DAO are exploited, there is little legal recourse for those affected. Goodell and Aste argue that for Blockchain to be widely distributed in a given investment community, there must be some degree of accommodation to traditional ways of operating by introducing regulation.

What does all this mean?

There is certainly room for more ethical reflection and a deliberate consideration of ethics in the design of blockchain and DeFi applications. This should include:

Blockchain can have ethical impacts at the technological, application and societal levels. It is important that these are considered and incorporated into the system design with intention.

While the promise of automation and decentralization is appealing, it’s important to avoid inadvertently facilitating unethical behavior. Blockchain technology is a conditional good; it is beneficial and useful only through the care taken in making it. As Simon Langstaff said “adopt the right ethics and we can come back to this moment of decision without regret”.

Role of data science in games